In an advisory addressed to the Director General, Dr. Aliu noted that “the award has been conferred in recognition of Jamaica’s progress in resolving its aviation security oversight deficiencies, while improving the effective implementation of applicable ICAO Standards and Recommended Practices (SARPs)”.

The selection is based on the results of ICAO’s Universal Security Audit Programme – Continuous Monitoring Approach (USAP-CMA) activities. The audits are typically done every three years but may occur more frequently, depending on the specific circumstances of a State.

In an interview with JIS News, Mr. Williams-Singh explained that Jamaica is one of 16 States of ICAO’s 193-member nations to receive the coveted award in 2019.

He congratulated members of his team for making it happen and exhorted them “to continue to receive inspiration and validation from such achievements, as we pursue our quest to support the safe and orderly development of Jamaica’s air transport industry”.

According to the Director General, the award is a continued affirmation of Jamaica’s position as a leading aviation administration.

“The JCAA is proud to accept this award, which has resulted from the Authority’s unrelenting commitment to enhancing the safety and security of the local aviation industry,” he said.

Mr. Williams-Singh was elected by delegates as President of ICAO’s 40th triennial assembly (the highest gathering of the international aviation community’s governing body) as Jamaica continues to play a leading role in global efforts to engender a uniformly safe, sustainable and efficient air transport industry.

More than 2,600 Ministers and high-ranking government officials attended the launch of the United Nations aviation agency’s 40th Assembly, which was held at its Montréal Headquarters from September 24 to October 4, 2019. 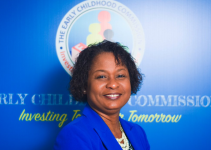