The Government reported that Jamaica has recorded its first death from the coronavirus (COVID-19).

He is a 79-year-old male from Clarendon with a travel history to New York. He was known to have had diabetes and hypertension.

Permanent Secretary in the Ministry of Health and Wellness, Dunstan Bryan, made the disclosure during a press conference at Jamaica House on Wednesday (March 18), where he announced that the country now has 15 confirmed COVID-19 cases.

“It is on a sad note that we announce our first death from COVID-19,” he said.

Bryan noted that the deceased was among two patients who had tested positive for the virus during the last 24 hours. A total of 11 tests were made available by the National Influenza Centre over the period. The other nine results were negative.

Bryan said that the deceased had presented to the Lionel Town Hospital on March 16 with fever, cough and shortness of breath.

He was subsequently transferred to the Mandeville Public General Hospital where he was isolated and treated, and had showed signs of improvement on Tuesday (March 17).

The patient died during the process of being transferred from the Mandeville Hospital to the University Hospital of the West Indies (UHWI) at approximately 3:00 p.m.

Meanwhile, the Permanent Secretary said that the Ministry is awaiting the results of six tests. 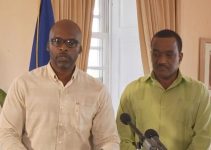 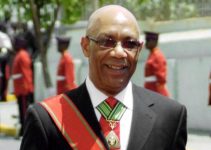