Jamaica is among four CARICOM nations named in a new EU anti-money laundering and terrorism financing list published in May.

Speaking at a virtual meeting of Foreign Ministers of Latin America, the Caribbean and Germany on Wednesday (June 3), Senator Johnson Smith said that the EU blacklisting continues to be a concern for Jamaica and other countries in the region.

“We, therefore, seek the support of the Government of Germany in leveraging its influence in major multilateral fora to have these crippling structural imbalances in the international economic system swiftly addressed,” she said.

The ministerial virtual conference, which was attended by 26 foreign ministers, was held to discuss effective responses to the coronavirus (COVID-19) pandemic and possible assistance measures in the current fight against the pandemic.

It focused on the need for stronger international solidarity and cooperation to achieve the objectives, within the framework of the Latin America and Caribbean Initiative.

Johnson Smith said the meeting “sets the stage for the continued positive trajectory of Germany-LAC engagement”.

She said that despite Jamaica’s successes in containing the spread of the virus, recovery from the impact of COVID-19 “will require longer-term concerted efforts at the global level”.

She also used the opportunity to commend Germany, which through the EU had contributed ventilators and other medical supplies to the Jamaican health system.

“During this unprecedented crisis, we continue to count on the support of Germany, which has been a reliable partner of Jamaica and the wider region,” she noted. 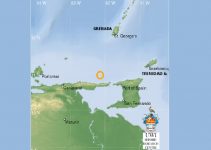 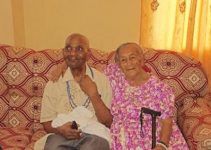