Minister of Tourism Edmund Bartlett and Health and Wellness Minister, Christopher Tufton have jointly lauded the collaboration that enabled today’s full reopening of Jamaica’s borders to international travel and, in particular, the restart of the country’s tourism industry.

Over 100 health workers were on hand for the first commercial passenger flight to touchdown at the Sangster International Airport following the reopening of the borders.

Bartlett was pleased with the execution of the protocols led by the health team in screening and testing the passengers off American Airlines Flight 2446 from Miami with a mix of tourists and Jamaicans who, in the words one passenger, described going through the protocols as “So far so good.”

Describing today’s arrival of just over 600 visitors as “a soft opening of the tourism industry and by extension the economy of Jamaica,”

Bartlett said, “this morning it was the fulfilment of the realization of real collectivism.”

The Tourism Minister, who led a team in welcoming the joyful group of passengers, commented, “Never in recent times have all the key partners and key elements come together so seamlessly in such a short time to create a seamless flow of a process. This is going to see not just Jamaica position itself as being one of the first countries to be open, but also one where the protocols are all in place. Everybody understands them and the responses in terms of action are in keeping with those protocols.”

While commending the collaborative effort of the many agencies involved, Bartlett singled out the Ministry of Health and Wellness as “the backbone of this whole effort.”

Tufton, who kept a watchful eye on the procedures, said, “our health protocols have been put in place, working closely with tourism (and) we’ve spent the last couple of days working out the logistics here on the ground at the airport working with a range of agencies.”

He said it was still early days yet “but so far so good, we have over a 100 public health officials on the ground” and with persons complying with the directives given, it should be a seamless process. He said the number of persons who have expressed an interest in flying here over the next couple of weeks was very encouraging. 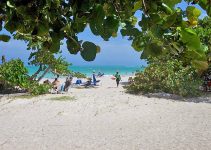 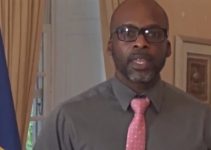