Minister of Tourism Edmund Bartlett, says tourism entities, such as Mystic Mountain in St. Ann, should be lauded for their continued support of the sector, despite the fallout from the coronavirus (COVID-19).

In an interview with government news agency JIS Bartlett said it is pleasing to learn that despite having closed since March, Mystic Mountain still managed to pump US$6 million (J$900 million) into the construction of a new product line at its facility.

Bartlett added that this should also be taken against the backdrop that the attraction did not lay off any of its 150 permanent staff members, a move which left no doubt as to the owners’ belief in their human capital and also in Jamaica’s ability to recover from the fallout caused by the pandemic.

“It hasn’t been an easy road for any of us, but what they have done and have been doing over there at Mystic Mountain is really commendable and deserves to be recognised. As a Government, we will be doing our part to give the necessary support to all our tourism partners as we continue to move forward to recover from the greatest pandemic known to man,” he added.

For his part, Senior Strategist and Adviser in the Ministry of Tourism, Delano Seiveright, said it should bear noticing also that most tourism entities have not been sitting back and “feeling sorry” for the plight they are in, but have been coming up with creative ways to stay relevant.

“People are being proactive and are pulling out all the stops for when we inevitably get back to some sense of normality,” he noted.

“And of equal note, we have been very impressed with the seamlessness in which many of the entities have opened and the manner in which they have been observing all the health and safety protocols,” he added.

For his part Drakulich said Mystic Mountain has “been running on fumes” amid mounting expenses for quite some time and truly welcomes the reopening of the attraction sector on July 21.

He further noted that Mystic Mountain has been spending some J$3 million per day to remain operational and now needs to position itself where at the very least it can start to break even.

“We have been closed and have not earned any income since March 12 when the coronavirus (COVID-19) brought the tourism sector to a halt,” Mr. Drakulich noted. 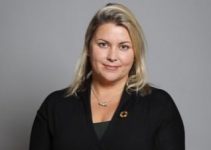