The family of a 7-year-old boy who drowned at a park in Canada has started a go-fund-me account for assistance to deal with the cost of transporting his body back home to Jamaica and funeral expenses.

Black who was visiting Canada with his mother and sister went to the beach with family and friends.

According to the fundraising page this was his first time travelling outside of Jamaica.

The Canadian media reported that Black was first reported missing, but was soon after discovered in the water unresponsive.

He was rushed to hospital but could not be revived. According to Global News Ontario Provincial Police could not confirm the incident, but they informed that an investigation was underway.

As of the time of writing this article the family surpassed the requested Ca$10,000 reaching $11,368. 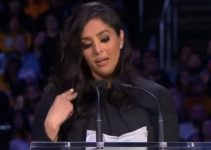