Tears filled the eyes of 46-year-old Michelle Cookhorn as she witnessed the recent breaking of ground for the construction of her first home.

Cookhorn, who is a single mother of five children, all in their 20s, is a beneficiary under the Ministry of Local Government and Community Development’s Municipal Social Assistance Programme (MSAP).

The two-bedroom house is being built on family lands at Grant Hill in Lawrence Tavern, St. Andrew, at a cost of $2.5 million, including the construction of a retaining wall.

It will replace a dilapidated structure on the property in which Cookhorn now resides.

The new dwelling will be fully furnished with bed, refrigerator, stove, dining table and other household items, and a water tank will be provided for rainwater harvesting.

Speaking to JIS News, Cookhorn said that the ground breaking is “a dream come true”, as she is finally getting a home of her own.

She describes her standard of living prior to the intervention as being “bad”, noting that she has been moving from place to place over the last 20 years in search of safe shelter for herself and her children.

“I was living in a family house. At times, things (the relationship) would break down so I had to leave, and I lived with someone, and now I have come back home,” she noted.

She said she is elated that the Government has stepped in to help.

“I feel very happy to be selected for this indigent house. I will take care of it. I prayed hard for this house and now victory is mine,” Cookhorn said.

Local Government and Community Development Minister, Desmond McKenzie, who was joined by Mayor of Kingston, Senator Councillor Delroy Williams; and Member of Parliament, West Rural St. Andrew, Juliet Cuthbert-Flynn, at the ground breaking, said that Cookhorn’s home will be completed in “a matter of months”.

He noted that 100 housing solutions are being provided for indigent Jamaicans across the island.

“These are people who have found themselves in really hard positions,” Minister McKenzie said, noting that Prime Minister, the Most Hon. Andrew Holness, has committed to “doing as much as we can to help to ease the sufferings of persons who fall within the category of poor and destitute”. 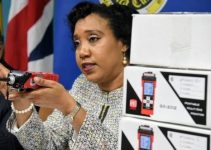 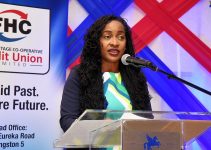