Minister of Local Government and Community Development, Desmond McKenzie, says citizens who refuse to wear masks in public could soon face prosecution under the Disaster Risk Management Act.
In April of this year, the Government announced the mandatory wearing of masks in public spaces as part of measures to contain transmission of COVID-19.

Wearing the protective device is particularly important for persons who are coughing and sneezing; those quarantined or isolated at home with or without respiratory symptoms, and persons who care for or live in the same household with those individuals; persons who have had COVID-19 and have been discharged from hospital; and the elderly and persons with chronic illnesses.

Addressing a digital town hall hosted by the Ministry on Thursday, Minister McKenzie pointed out that the Government is prepared to take action if persons continue to flout the mask-wearing order.

“If we reach the stage where the Government has to take measures to tighten and to protect lives, then we will make those decisions,” he said.
“Under the Act, the police can prosecute an individual for not wearing a mask, [but] I don’t think we want to go that route to be using that level of force. We want people to understand and appreciate that the measures have been put in place to safeguard their own personal interest and that of their families,” he noted.

Mr. McKenzie emphasised that while the Government has a responsibility to put the necessary measures in place to protect Jamaicans against COVID-19, citizens have a role to play in safeguarding their own health.

He said he will raise the issue of mask-wearing at an upcoming meeting of the Cabinet’s Subcommittee to see what additional measures can be put in place to encourage the practice.
The town hall was held to update citizens about the COVID-19 prevention protocols being implemented as the Government gradually reopens the economy as well as address concerns citizens may have about the measures. 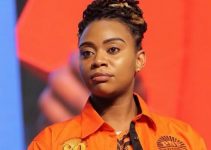 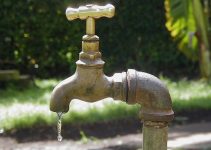