Jamaicans with criminal records are being encouraged to pursue the expungement service of the Ministry of Justice as a key part of moving forward with their lives.

Expungement involves the formal removal of a conviction from an individual’s record, normally after a specified period has passed and certain conditions are met.

Director of the Criminal, Civil and Family Law Unit in the Ministry of Justice, Charmaine Creary-Beckford, told JIS News that expungement gives persons the opportunity to approach life with a clean slate.

“Persons who have had their records expunged are able to get better jobs and are able to travel, as with a record they would have been refused visas. Now, they are able to reapply, enabling them to move freely again. The most important benefit is that they are able to start their lives over again,” the Director said.

“We have had applicants who have kept in touch with us indicate how well they are doing in their new jobs and the businesses they have started. They are grateful that they were informed that their records could be expunged and that they took the steps,” Creary-Beckford added.

Creary-Beckford said one of the challenges some persons may face is not knowing which offences cannot be expunged and understanding whether they can apply for the process to be done.

“Currently there are some offences committed which fall under what we call the third schedule that cannot be expunged at this time, so you’ll find persons applying who would have committed those offences some years ago and when they apply and get rejected, they are distressed,” she noted.

Offences, including the import and export of narcotics such as cocaine and marijuana, murder, rape and some offences under the Malicious Destruction of Property Act, such as arson, cannot be expunged under the current law.

Meanwhile, the legislation guiding expungement is being reviewed. 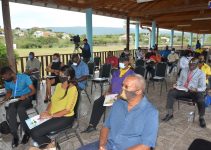 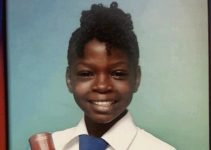