Jamaica’s ruling party looks set to retain power by a strong margin in a general election today thanks to its steady stewardship of the economy and despite a recent resurgence of the country’s coronavirus outbreak.

Holness likely called the election six months before it was constitutionally mandated to capitalize on electorate’s satisfaction with his work before Jamaica further feels the impact of recession due to COVID-19, analysts say.

He credits his administration’s tax cuts and other reforms with bringing down unemployment to an all-time low and sharply reducing poverty. He also highlights the construction of affordable housing and new roads.

But the pandemic has sent Jamaica, like the rest of the heavily tourism-reliant Caribbean, reeling. The Bank of Jamaica last week predicted the economy will contract 7% to 10% this fiscal year.

Under a slogan of “Build Back Stronger,” the JLP manifesto outlines a 10-point plan, including a $98 million package of loans, grants and support for agriculture and small business, as well as social reforms like unemployment insurance.

Holness called the elections on Aug. 11 when authorities appeared to have successfully contained the coronavirus outbreak in the island nation of some 3 million.

Holness suspended traditional campaigning activities such as rallies, and voters will be required to wear a mask and maintain social distance at polling stations.

More than 7,000 people have been hired to ensure hygiene at the ballot, for example by cleaning pencils after each citizen votes, according to the director of elections, Glasspole Brown.

And the ink voters will dip their fingers in to signal they have already cast their ballot is alcohol-based to kill germs.

“We have made a decision to approach it from (the point of view that) every elector that comes up to vote is COVID positive,” he said.

Voters who actually are COVID-positive will be permitted to cast their ballot between 4 p.m. and 5 p.m. Other issues at play in the elections are high levels of crime and violence, corruption and education.

The JLP captured the polls in 2016 with a one-seat margin, winning just 32 seats out of 63, and then gaining one more seat in November 2017. [Reuters] 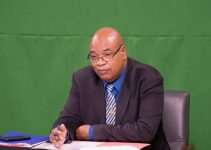