Prime Minister, the Most Hon. Andrew Holness, has announced that the General Election will be held on Thursday, September 3 this year.
Holness has also revealed that Nomination Day will be on Tuesday, August 18.

Speaking in the House of Representatives today (August 11), the Prime Minister pointed out that in accordance with the Jamaican Constitution, Parliament is to be dissolved on Thursday, August 13 to allow for the election process.

“Acting on my advice, the Governor General is expected to take the necessary steps required by Section 64 (1) of the Constitution to dissolve the Parliament by Proclamation,” he said.

Holness noted that this is the first time the General Election is being announced in Parliament, arguing that it being done in this manner “is good for our democracy”.

The Prime Minister said that the Government is not being unusual in practice in calling the election at this time, noting that “in fact, most Governments have called the elections before the due date”.
The General Election in Jamaica was not constitutionally due until February 2021.

In the meantime, all States of Public Emergency (SOEs), which were in place in sections of the island, will end on Monday (August 17).
This follows Parliament’s approval of five Resolutions moved by Mr. Holness that seek to end the SOEs earlier than the previously set September 3 end date.

Meanwhile, Leader of the Opposition, Dr. Peter Phillips, said he welcomed both the announcement of the General Election as well as the ending of the SOEs. 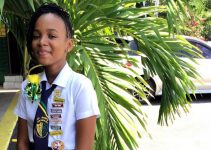 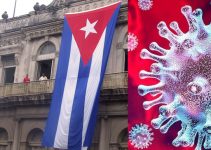