Jamaica has recorded 17 new COVID-19 cases as at Tuesday (August 18), bringing to 1,146 the total number of confirmed positives.

Also in the last 24 hours, recoveries moved to 770, as six additional persons were released from care.

Six (6) of the 17 new cases are imported, arriving from the United States in early July (2020); five (5) are contacts of confirmed cases and six (6) are under investigation.

At this time, there are 403 imported cases; 378 cases that are contacts of confirmed cases; 236 cases related to the workplace cluster in St. Catherine; 88 that are local transmission cases not epidemiologically linked; and 41 cases are under investigation. 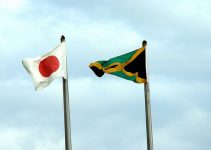