Let’s face it, there must be something to the fact that our grandparents are the ones living out their ‘three score and ten’ with a lot more years thrown in.

Talk to a lot of the centenarians and their stories will pretty much sound the same. Many give credit to the traditional healing herbs that were used to cure everything from colds to even more serious illnesses.

It is true that there are antibiotics that are used to cure many ails, but there is no denying the dreaded side effects that comes with a lot of them.

We would not advocate for the doctor visits to be dropped when dealing with life threatening illness … but it doesn’t hurt to use some of nature’s own – and in particular – Jamaica’s own natural herbs which grandparents have sworn by.

Thanks to Island Herbs and Spices we highlight a few herbs and the benefits.

Aloe Vera is one herb with numerous health benefits and is very common in Jamaica. The herb is rich in calcium and potassium and vitamin B-12. The herb has been found to help strengthen and also cleanse the body. It is one of the best natural ways to detoxify the body without suffering any side effects. You can get it by breaking a leaf from the main plant and then slicing in the middle and then you will get the sap from it that is needed for medicinal purposes.

Chaney Root
This plant that is synonymously known to help people experiencing sexual health problems is widely found in Jamaica. It has aphrodisiac properties and helps to better sexual health of people especially those suffering from low sexual drive and impotency. The plant is very rich in iron and helps in blood formation. Some of the other health benefits of Chaney root include; cleaning blood, alleviating rheumatism & arthritis, dealing with skin conditions and promoting physical strength and wellbeing.

Medina
Median is herb that is found in Jamaica with a number of health properties and is most often used to make various tonics. Health experts say that it is good for men’s sexual health as it helps to enhance blood circulation. The herb is known to be a good vasodilator due to its ability to make the blood thinner thus enhancing circulation. 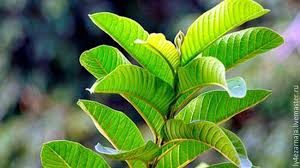 Guava leaves
The guava plant is known to have edible fruits that some people like to eat for their sweet taste. The plant is found in abundance in tropical countries and its leaves are used as herbal remedy to lower blood pressure.

Dog blood bush (Rivina Humilis)
This plant is also found in Jamaica and is reputed to have great health benefits to people. Among some of its most common medicinal uses are; to treat blocked tubes and also treat period problems in women.

Anamu Guinea Henweed/Guinea hen weed
This herb is grown in the tropical islands of the Caribbean and is known to have a number of health benefits which includes alleviating prostate cancer in men.

Sour Sop leaf and bark (Graviola)
The leaves and bark of the sour Sop tree (Graviola) has been used as medicine in Jamaica for several years now. It is well known as a remedy for curing nerves problems. The leaves are boiled and served as tea or the bark can also be boiled and then the solution is drunk. Recent research also suggested that the Sour Sop tree also has ingredients that cure cancer. 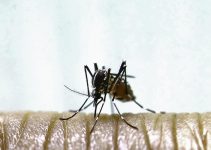