United States Government attempt to ban the Chinese app WeChat has been blocked by US Magistrate Judge Laurel Beeler.

Trump administration in declaring the ban on the app alleges that it’s threatening national security and that it could pass data to the Chinese government.

The Justice Department asked for the order not to be blocked after a group of WeChat users filed a lawsuit challenging it.
WeChat was set up in 2011 and allows users to send messagers as well as make mobile payments. 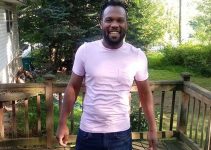