If there was ever any doubt of the power and reach of reggae, look no further than Kabaka Pyramid’s latest journey. From a hit single featured on English electronic music duo Chase and Status album, to taking over 30 stages including performing alongside the multi-award winners at major festivals in Belgium (Pukklepop Festival), UK (SW4 Festival) and Croatia (Outlook Festival) and now the embarkment of his 7 dates tour in Japan.

Speaking on the recent crossover single and performances, the reggae chanter related “Crazy High Energy! All the crowds were huge and loved the energy and reggae/dancehall vibes I brought even tho they were there primarily for drum and bass/jungle music. The tour itself has been long. Very long. But nuff progress made and more doors knocked down. Thanks to my bebble team, Destine Media, CoveredPR, Flow Life entertainment and Jah Live, Damalistik, Chase ‘n Status and Seani B, also Chronixx and his team”

To the delight of his Far East fans, and for his first time on the land of the rising sun, the reggae star kicked off the REGGAE MUSIC JAPAN TOUR 2019 in company of OGA from Jah Works on Saturday September 14th. Kabaka will touch stages from Hiroshima, Hyogo, Nagoya, Tokyo, Hokkaido, Miyagi to Chiba (see locations and dates below). Coined as one of the reggae revival movement integral components, the multi-talented artist, is known to thrill audiences with an energetic mesmerizing stage presence and empowering musical message.

The Bebble Rocker will be performing his various hits such as “Warrior”, “Lead The Way”, “Never Gonna Be A Slave” as well as selections from his top billboard charting album Kontraband “Can’t Breathe”, “Kontraband”, and “Reggae Music” among others from his impressive discography. Reggae has always been a medium for social commentary and Kabaka’s lyrics in his music reflect a global message that resonates from Jamaica to Japan.

“Japan has always been up there on my bucket list of countries to visit so I’m naturally very excited. I’m just glad I get to do what I love in one of, if not the most technologically advanced countries in the world. Currently experiencing the customs and lifestyle of the people for myself and of course its straight shellinz every night! As a Ras I’m all about ancient traditions and civilizations so I want to see the temples and monuments as well. Can’t wait,” said Kabaka Pyramid. 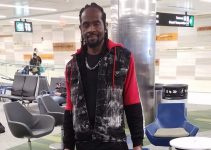 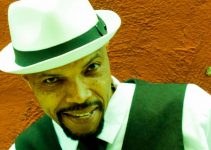