Fresh from her Grammy successes Koffee sat down with the media in Jamaica to give an update. She expressed gratitude to Jamaica and all her fans world wide for their exceptional support. The ‘W’ singer could not be more thankful. There has been no slowing down for Koffee after winning the Grammy Award for Best Reggae Album. She appeared at the inaugural Viewtopia Music Festival in Miami for the Super Bowl, sharing the stage with top acts like Cardi B and Migos recently.

Koffee said she thought that winning the the award so early in her career could be a an issues as it could put pressure on her to top it. She said it could be a good thing as it show her that great thing are possible with hard work and dedication.

To those who commented on her choice of outfit on the big night Koffee had this to say. “I’m a person who always dresses to be comfortable and I think I didn’t let the grammy, the name, the title of the grammy kind of stopped me from doing that so, I just wanted something that I knew I could wear all day, something that I would feel good in and feel confident in and I think that’s suit kind of represented that for me after I tried a few so I just went with that one.”

Koffee went on to share some information on how she prepared for the big night and how built-up was affected by the sad news of the passing of Kobe Bryant. 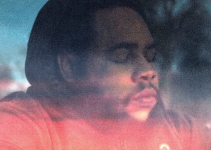