Krystal Tomlinson a political newcomer is brimming with confidence as she gets ready to challenge Juliet Cuthbert Flyn for her seat in St Andrew West Rural St Andrew.

Tomlinson who is also the girlfriend of dancehall artiste Moses ‘Beenie Man’ Davis and president of the PNP Youth Organisation, is giving herself a 100 per cent chance of taking the current sitting MP seat.

Cuthbert-Flynn, the governing Jamaica Labour Party’s representative, in February 2016 defeated then sitting MP Paul Buchanan.  Commenting on the upcoming election, Tomlinson told the Jamaica Observer that she sees her chances as extremely good and if she does what is necessary by finding her people and political supporters, she can pull it off. 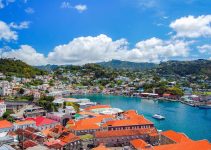