Three parcels of land in the parishes of St. Catherine and Clarendon, totalling 795 hectares, have been selected for development under the Southern Plains Agricultural Development (SPAD) Project, for which ground will be broken mid-July.

The project is being funded through a grant of approximately £17.5 million from the United Kingdom Caribbean Infrastructure Fund (UK-CIF), administered by the Caribbean Development Bank (CDB).

“This is the same source of funding for the £35.5-million Essex Valley Agriculture Development Project now under way in South St Elizabeth,” said Ministry of Industry Commerce, Agriculture and Fisheries, Audley Shaw.

He noted that breaking of ground for the Southern Plains project was initially scheduled for March 30, but had to be postponed due to the coronavirus (COVID-19) pandemic.

He was making his contribution to the 2020/21 Sectoral Debate in the House of Representatives on June 16.

Meanwhile, Shaw said the use of solar and other alternative sources of power, not just in agriculture but also across other industries, is of paramount importance.

“We note the programme under the National Irrigation Commission (NIC) to expand the use of solar-powered systems to pump irrigation water to our farmers, improving efficiency and reducing costs,” he said.

Also, under the NIC, the infrastructure works has commenced to supply water to farming areas in the southern region of the island.

It is expected that at the end of these projects, approximately 7,000 hectares of arable land will be under irrigation and in sustainable production. 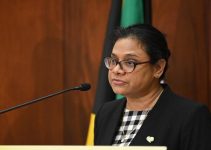 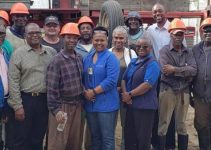