Several Caribbean islands in the Leeward Islands have issued a tropical storm warning as a weather system with winds of 40 miles per hour moves towards the Lesser Antilles.

The Miami-based National Hurricane Center said that Antigua and Barbuda, the British Virgin Islands, Montserrat and St Kitts-Nevis have all issued tropical storm warnings for the “disturbance” located 585 miles east southeast of the Leeward Islands.

A tropical storm warning has also been issued for the French islands of Guadeloupe, Martinique, and St Martin, while the Dutch government has issued a similar warning for Saba and St Eustatius.
“Interests elsewhere in the Leeward Islands and Hispaniola should monitor the progress of this system,” the hurricane centre said, adding that it is moving toward the west near 23 miles per hour “and this general motion should continue during the next few days.

“Maximum sustained winds are near 40 miles per hour with higher gusts. Some strengthening is expected during the next 48 hours, and the system is forecast to become a tropical storm tonight or Wednesday,” the centre added.

It said that the potential tropical cyclone will produce total rain accumulation of three to six inches with maximum amounts of 10 inches across the northern Leeward Islands, British and US Virgin Islands, and Puerto Rico.

Rainfall accumulations of two to four inches possible across the Windward Islands. 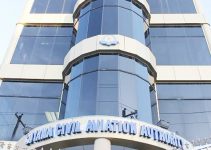