Leroy Smith continues to thrive in his now 15 year career as a solo artiste.  The singer and gospel missionary, who rose to fame as the male lead with the hugely popular Grace Thrillers has since 2003 been paving a path on his own as a leading light of the Jamaican Gospel scene.  His 2003 album “Transformation – From Marah to Migdol to Elim”  was a successful introduction for the tenor singer and his 2011 follow-up,  “Jesus Is Always Watching”  enhanced  his reputation and expanded his fan base.

Now with his third solo album Smith has hit full stride, as a singer, producer, songwriter and proponent of the gospel of Jesus Christ.  The album, “I stand on His Word” is worshipful, powerful, joyful and catchy and songs like the infectious cover of “He Still Loves Me”, “So Satisfied”, “Stand on His Word”( the title track), and “Jesus, What A Saviour” offer a pleasing variety and strong message which suggests that the album will be in heavy rotation on Jamaican gospel radio.

Smith’s many fans in Canada and the Us have been waiting on this album for quite some time and will no doubt be pleased at its release.  With it its variety of musical styles, from traditional gospel, through, reggae, dancehall and avant garde  stylings, there is something for everyone on the album and for the believer, there is a strong message of faith and the many advantages of living a Christian life that make the album inspirational.

Smith, the executive producer, can be pleased with his work on the album and the work of his many colleagues and friends  who have made this Stage Records product possible. 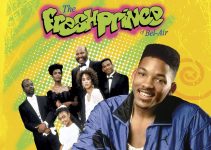