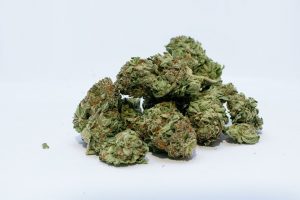 In July 2018, Global Canna Labs formally received its full approval for a Tier-3 cultivation license from the Jamaican Cannabis Licensing Agency (“CLA”). This license allows GCL to cultivate medical cannabis at its 270,000 square foot facility within its 6.23 acres site in Montego Bay, Jamaica.

GCL now plans to have 220,000 square feet planted by the end of October 2018 from its Montego Bay site, up from the previously advised 28,000 square feet. The premium strains of organic Jamaican cannabis will be grown in a combination of greenhouse (31,000 sq ft) and outdoor (189,000 sq ft). GCL plans to expand its greenhouse portion to 58,000 sq ft by the end of 2018, and has already paid for and is in possession of the all the necessary materials for the expansion.

Cultivation is already underway with over 8,000 plants planted for the first production cycle, GCL plans to increase this to 16,000 plants planted by the end of November. The first cycle of a continuous harvest program is anticipated to start in early November 2018.

The existing 220,000 square foot of planted area is expected to yield over 22,000 kg equivalent per year of dry cannabis and extracted products, based on actual industry observed yields of 25 grams per square foot per cycle when using the same production methods being adopted by Global Canna Labs.

Having received conditional approval from the TSX Venture Exchange (“TSXV”), LGC has now formally closed their previously announced investment in Global Canna Labs Limited (see press releases dated May 15and June 21, 2018) by signing the closing documents earlier today in Jamaica. Under the terms of the transaction, which has closed in trust pending receipt of the TSXV’s final approval, LGC has subscribed for a $2.5 million secured debenture, convertible into an initial 30% strategic interest in Global Canna Labs and has also acquired a 5% royalty on Global Canna Labs’ net sales for $2.0 million, payable by way of 15,854,141 shares of LGC at an issue price of $0.12615 each, restricted for the statutory 4 months and 1 day period after issue date. In addition, the Corporation will pay a commission in respect of the transaction to an arm’s length finder of $257,500, to be paid $128,750 in cash and $128,750by way of 1,020,610 shares of LGC.  All funds and shares will be held in trust until receipt by the Corporation of final approval of the TSXV. All final documentation requested by the TSXV is now being submitted, and final approval should be forthcoming. The funds provided by the convertible debenture will go towards expanding the existing cultivation and processing operations of GCL.

John McMullen, CEO of LGC Capital stated: “I am delighted to announce that we have formalized the relationship between LGC and Global Canna Labs with the closing of this transformational investment. I would like to thank all the members of the LGC and GCL teams for making this deal a reality. Jamaican cannabis is a premium cannabis brand and the team at Global Canna Labs’ medical cannabis operation that will be an integral partner in the LGC globally integrated portfolio. Jamaica’s planned 220,000 square feet of cultivation over the coming weeks will expand LGC’s square footage globally to over 450,000 square feet by year end when Switzerland’s 108,000 square feet, Italy’s 90,000 square feet and Quebec’s 34,000 square feet are added to the equation. This does not include the Little Green Pharma footprint in Australia, which must remain confidential under Australian requirements. We now have a very large growing footprint of actual plants in the ground in 5 countries and we are working to increase this further before year end, subject to completion of other negotiations currently taking place.”

Paul Glavine, President of Global Canna Labs stated: “The formal closing of this investment from LGC Capital represents a significant milestone in our company’s history. LGC Capital’s global reach makes them the ideal partner for us because of their portfolio of legal global cannabis operations, which will help build our company into a strong Jamaican leader in the medical cannabis arena and also in the wider Caribbean and beyond.” 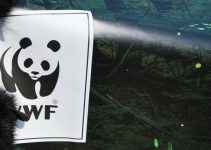