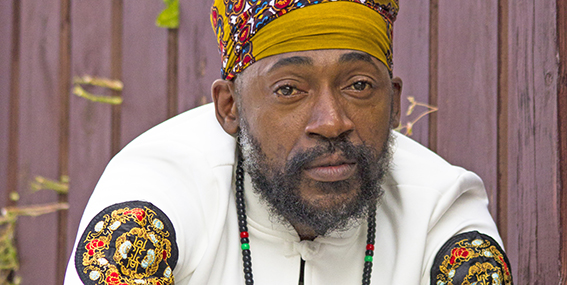 Rastafarian Reggae recording artiste Lutan Fyah is officially defending the legalization of Marijuana in his home country with a new project already trending in the European and North American markets. The ‘Spliff Tail’ single is seen as an ode to recreationally smoking the plant cultivated in Jamaica but is still seen as negative in some legal parameters in the country.

“I truly support the use of marijuana and it’s legalization, smoking weed originally for I is a sacrament. I would say to them fallow the world and legalize this plant or get left behind,” said Lutan Fyah.

Lutan has always supported the herb in previous recorded material, this time however the artiste is more vocal about the recreational use of weed as the world changes it views on the plant, yet his own country is backward with only recently decimalizing the possession of the herb in some quantities. The artiste is a firm believer in the marijuana plant also having great economic advantages for Jamaica as well

“Our Jamaica have one of the world’s most fertile land and with that we can cultivate enough marijuana for all purpose and benefit from it economically. Some countries across the world have already legalized the herb, I think it will be legal in every capital of the world soon,” Lutan added.

The avid Rastafarian will continue to incorporate the marijuana plant in his music and even though he wants to see further strides to the legalization of the plant in Jamaica he is also happy that the world has embraced the kush with such fervor.

“As for me, a Jamaican Rasta Man who been singing and agitating for the use of marijuana and its legalization in Jamaica ,now to see or smell a spliff out in public most places I go around the world nowadays ,that just bring great joy to me. Nothing is more to me like when I ask a police officer for a light In Amsterdam to light my spliff,’ Lutan said.

Visuals for Lutan Fyah’s ‘Spliff Tail’ are available on YouTube and is directed by Richard Brown Films, the single is produced by Bad Art Music and is available for purchase on all digital platforms.