In his remarks, Health Minister, Dr. the Hon. Christopher Tufton, said the development of the products demonstrated Medicanja’s commitment and “the advancement of an industry that, even though it has been around for a very long while, still has to be considered [as being] in its relatively infant stage”.

“From a public health perspective, we are with you and we are with those who are committed to taking this particular approach. We want to be as accommodating as possible, because we do have a responsibility also, in public health, to advance solutions to the public health concerns of our people,” he stated.

The Health Minister noted that the public health sector acknowledges the benefits of medicinal marijuana, adding that “we have seen enough to be convinced that there is significant potential”.

For his part, Executive Chairman, Medicanja Limited, Dr. Henry Lowe, noted that his company was confident in the safety of its products, “with the expectation (that) they will be approved by the healthcare authorities, and by other Ministries of Health, regionally and globally”.

“The time has come for us to use the achievement of Medicanja to bring a new type of regional collaboration, based on enlightened technical cooperation and trade through the use of our products and services in the CARICOM region,” he stated.

Dr. Lowe further argued that “if we truly believe in regional cooperation, and wish to work together with each other on the matter of medicinal cannabis, then as I stated before the time is now”.

He pointed out that Medicanja’s achievements over the last four and a half years have been “nothing less than phenomenal”, adding that the basic scientific research and development, clinical research studies, formulation and product development have been achieved in a relatively short time, while meeting the required quality standards.

“The launch of these 12 products today is a landmark to the rest of the region and world, where we have demonstrated that little Jamaica can use science and technology and innovation to create a variety of healthcare products,” Dr. Lowe stated.

Medicanja Limited was established in December 2013 by Dr. Lowe to chart the course for the development of a medical marijuana industry in Jamaica.

Cannabis, known locally as ganja, has long been regarded as a plant with outstanding medicinal properties. 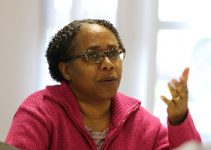