President Emmerson Mnangagwa has won Zimbabwe’s presidential election. The country’s electoral commission says Mnangagwa won with just over 50 percent of the votes to help the ruling party maintain control of the government. But the opposition is almost certain to challenge the results. Mnangagwa received 50.8 percent of the vote.

His main opposition challenger Nelson Chamisa received 44.3 percent of the ballots. It’s the first election since the fall of longtime leader Robert Mugabe. Six people lost their lives during violent protests Wednesday after electoral officials announced that the ruling ZANU-PF party won most of the parliamentary vote. Fourteen people were injured and 18 arrested. 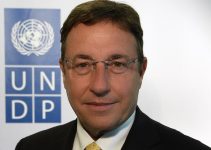