Chief Executive Officer at the National Cultural Foundation (NCF), Carol Roberts -Reifer, has announced a partnership with 1688 Dingolay Inc. to create six lyric videos from an mp3 album, which will feature nursery rhymes and Barbadian folk songs. 1688 Dingolay Inc. is the not-for-profit arm of 1688 Collective.

The videos were animated by Reeka-Lyn Selman of the Selman Group, and features the voices of Barbadian children Aziza Butcher, Zenobia Walcott, Darian Forde and Leilani Forde.

They were directed by vocal teacher and former Junior Monarch Aisha ‘Mandisa’ Butcher, and mixed, arranged and mastered by Dr. Stefan Walcott, and recorded by Canefield Studio.

1688 Dingolay’s Inc. Director, Dr. Stefan Walcott stated: “The 1688 Dingolay Kidz YouTube Video project was created in response to the absence of Caribbean content geared to children. We chose to start with Bajan folk songs, as recordings of these are in short supply. 1688 Dingolay Kidz YouTube, therefore, tries to solve two problems one, the lack of Caribbean children’s content, and two, the lack of adequately produced recordings of Bajan folk songs.

“We are thankful to the NCF for its tremendous support in our first venture as a non-profit institution.  We hope that this public-NGO partnership will continue to serve the children and people of Barbados and the wider Caribbean.”

NCF’s CEO, Carol Roberts-Reifer indicated: “Today, many changes have taken place in the methods of education.  Traditional methods of teaching are becoming relics of a pre-technological era. The use of television and computers is increasingly being used to educate and entertain children and we need to continuously adapt our methods and meet them where they are. These Bajan folk lyric videos were created with straightforward, colourful graphics to grab the attention of children, so they can sing along to music indigenous to us.”

She further explained that with all Barbadian and Caribbean children being out of school, it was imperative to produce and make public content that reflects a cultural perspective.

“Last year the NCF produced a Crop Over colouring and activity book featuring many of our Barbadian folk characters, and this project with 1688 Dingolay is a continuation of the role of the Foundation to create, educate and entertain persons on Barbadian culture and heritage.”
The first two videos are set to be released on May 14, on the NCF’s online platforms, and shared with various media houses and the Ministry of Education, Technological and Vocational Training. 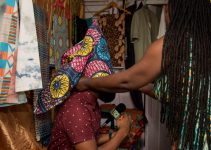