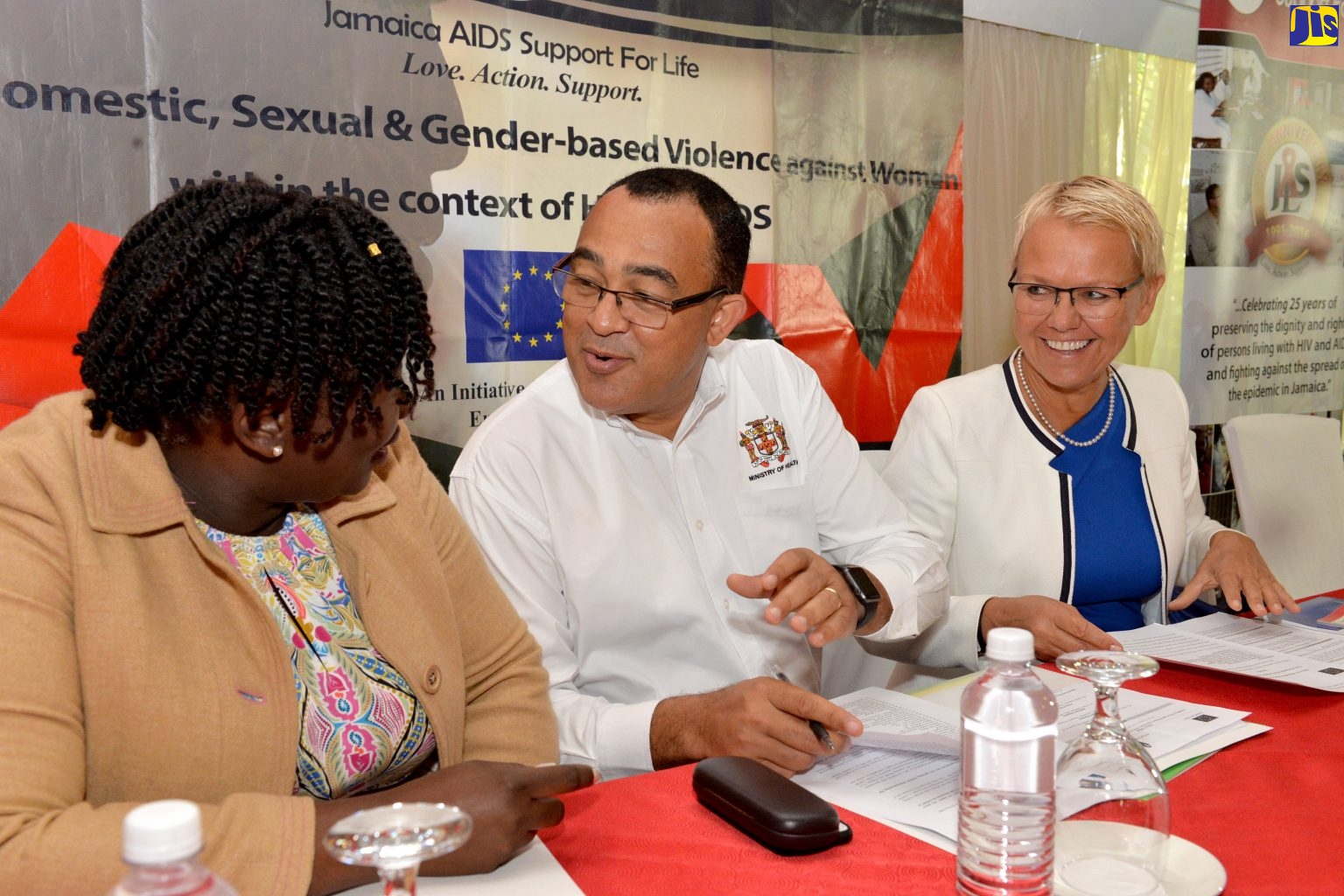 Nearly 15 per cent of all women in Jamaica, aged 15 to 49, who have ever married or partnered have experienced physical or sexual violence from a male partner in the previous 12 months.

This was revealed by Health Minister, Dr. Christopher Tufton, as he addressed a public forum on gender-based violence on Wednesday (November 21), at the Terra Nova All-Suite Hotel in St. Andrew.

He was citing statistics from the Ministry’s soon-to-be released 2017 Knowledge, Attitude, Belief and Practice (KABP) report, which covers intimate-partner violence.

He said that based on the report, the most prevalent violent acts experienced by women are: being pushed or shoved (17.7 per cent); being slapped or having something thrown at them that could inflict harm (16.8 per cent); and being hit with a fist or something that could cause harm (15.6 per cent).

He noted that 3.7 per cent per cent of the respondents reported being afraid of what their abuser would do if they refused to have sexual intercourse.

“Women who are the victims of sexual violence in particular, we know, are more vulnerable to HIV infection, given that HIV transmission risk increases in violent or forced-sex scenarios,” he pointed out.

He argued that the fear of stigma associated with HIV may prevent women who are victims of sexual violence from being tested or otherwise from returning for the results and that those living with HIV may not even report the incident out of fear of being re-victimised.

“We are already on course to ensure access to care and the best possible health outcomes for our people, including women and girls and key populations” he said.

According to the Minister, a first step is education and raising awareness among those tasked to deliver care, to ensure that they do so, not only with efficiency but also with sensitivity.

“There are more than a few stones to dodge and hurdles to scale violence against women and gender-based violence. However, the Ministry of Health is committed and, working together with our non-governmental partners and other stakeholders, including the European Union (EU), we will get there,” he pledged.

The forum on gender-based violence was staged by Jamaica AIDS Support for Life in association with the EU, under the theme ‘Unmasking Violence against Women in the context of HIV and AIDS: Improving the National Response’.

Tufton hailed the staging of the session, noting that “this is an important public discussion on an issue that has far-reaching sustainable development implications for Jamaica”.

He said that gender-based violence cannot be ignored, based on the wide-ranging effect that it is likely to have on the country.

“Violence against women and gender-based violence as drivers of HIV infection among Jamaicans require urgent and sustained collaborative action in the public health interest,” he said.