Men who wear boxers may be more fertile than their brief wearing counterparts.

Research scientist at the Harvard T.H. Chan School of Public Health, Dr. Lidia Mínguez-Alarcón and her team, conducted a study in which she examined 656 men aged 18–56 who did not have a history of vasectomies and were looking to be treated for infertility at the Massachusetts General Hospital in Boston.

The men gave the researchers semen and blood samples and answered a questionnaire on the type of underwear they usually wear – boxer shorts, briefs, bikinis, so-called jockeys, or other forms of tight underwear.

More than 50 percent of the men said they usually wore boxers.

The study found that, the sperm concentration for the men who wore boxers was 25 percent higher, than non-boxer wearing men.

The findings, published in the journal Human Reproduction, also showed that these men had a 17 percent higher total sperm count, and 33 percent more swimming sperm than men who said they didn’t usually wear boxers.

The researchers believe that the higher concentration of FSH in people who do not wear boxers suggests that the hormone gets activated and tries to make up for the testicular damage that other types of underwear might cause.

While the study found a correlation between tight underwear and FSH levels, it did not confirm a connection between the two.

Notwithstanding that, the study points to underwear as a potential modifiable risk factor for infertility. 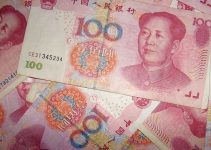