Nigerian artist Patoranking announced his first headlining North American tour in support of his sophomore album Wilmer, which was released last May and debuted at #5 on the U.S Billboard Reggae Album charts.

With over 160 million YouTube views and a 6 million+ loyal fan following on Instagram, the Lagos-born vocalist has quickly risen to prominence as one of the bolder new voices of this generation with his unique blend of afrobeats, dancehall and reggae music. Last week, he performed his hit song “Feelings” off the new album for COLORS.

Kicking off in Toronto on April 4th, the 17-date stretch will span Canada and the U.S. including major city stops in New York, Los Angeles, Atlanta, Houston and San Francisco before wrapping on April 30th in Edmonton. Tickets are on sale right now.

On Wednesday Patoranking also releases the video for his brand new single “I’m In Love,” which dropped Feb 7, 2020. This afro-dancehall love confession is his first new single for 2020.

Along with a stellar music career, Patoranking has partnered with the African Leadership University to implement the ALU Patoranking Scholarship program. The scholarship will allow 10 students across Africa to study, tuition free, at Africa’s most innovative university. 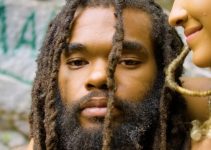 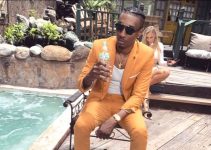 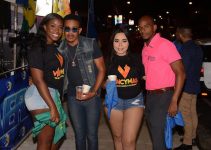