A Ontario father is one happy man as the police sees no need to file charges against him regarding his daughter being the subject of an Amber Alert.

The York regional police informed that the man sought under the alert issues on Tuesday afternoon was taken into custody when his daughter was found but was let go that night and is not expected to face charges in the case.

The alert was issued for his daughter following information that her father  had taken her from her school in Markham, Ontario.

The police was under the impression that the father was not allowed to have access to the girl, but says that information appears to have been incorrect. 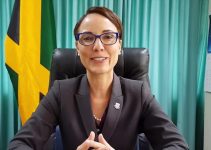