Over 500 Jamaicans are to benefit from cataract surgeries at the Kingston Public Hospital (KPH), performed by Chinese ophthalmologists from the Bright Journey Medical Mission.

The Mission, which will be on their second visit to the island, will also be providing equipment and supplies valued at $52.9 million to KPH and carrying out training and lectures in ophthalmology, and facilitating academic exchanges.

This was disclosed by Permanent Secretary in the Ministry of Health, Mr. Dunstan Bryan at a recent signing ceremony for a Memorandum of Understanding (MOU) for the mission between Jamaica and the People’s Republic of China.

The signing ceremony was held at the Ministry’s New Kingston offices. According to the Permanent Secretary, China has been one of Jamaica’s strongest development partners with diplomatic relations extending over several decades.

“In recent times, Jamaica’s collaboration with China has been especially robust in health. That collaboration is on show with the signing of an MOU that heralds a deepening of our partnership and in the public health interest,” he said.

The Bright Journey Medical Mission is scheduled to return to Jamaica in April, following its first visit in May 2015. The team includes ophthalmologists, nurses and technical support staff from the Beijing Friendship Hospital, Capital Medical University and the Beijing Municipal Health Commission. 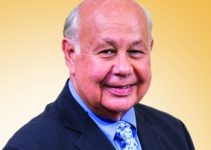 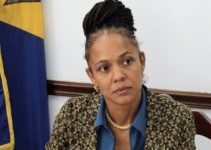 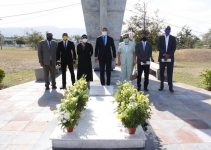