Pan American Health Organization (PAHO) Director, Dr. Carissa Etienne, says she is “deeply concerned” about the rapid expansion of the coronavirus (COVID-2019) across the Americas, and has called for greater collaboration among health authorities in member countries to bolster health systems in order to contain the spread.

The number of confirmed cases and deaths across the region rose to 1.74 million and 104,000 respectively, up to Monday (May 11).

“It took our region three months to get to one million cases, but less than three weeks to nearly double that number,” Dr. Etienne lamented during a digital media briefing on Tuesday (May 12).

She informed that over the last week, some 266,269 additional cases, including 20,000 additional deaths, were reported.

This, she said, represented an 18 per cent spike in overall cases and 23 per cent increase in deaths, relative to the previous week.

The PAHO Director indicated that between May 4 and 11, more than 96,000 additional cases, including 5,552 deaths, were reported in South America, representing increases of 45 per cent and 51 per cent, respectively, compared to the previous week.

In addition, she said that health systems in large South America urban centres, such as Lima in Peru and Rio de Janeiro, Brazil “are quickly becoming overwhelmed”, adding that “we are also witnessing a similar impact of COVID-19 on big cities across the Amazon Basin”.

Dr. Etienne explained that when transmission is high in areas functioning as regional hubs “neighbouring areas are then quickly affected as people move… impacting smaller towns and remote communities, including indigenous areas where access to healthcare is challenging”.

The PAHO Director is urging greater collaboration among countries, said that several nations globally, including a number of PAHO member states, have shown that COVID-19 caseloads can be contained with strong surveillance and detection, coordinated public health and preventative actions, and significantly boosted health system capacity.

“PAHO continues to coordinate the response across countries… [which also] are realising that we must work together to strengthen pharmaceutical, vaccine, and medical device supply chains,” she added. 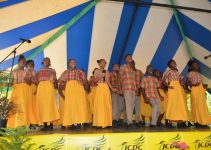 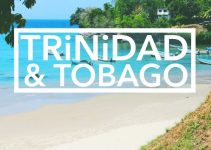