Dr. Mohamed Irfaan Ali joined Cuban Ambassador to Guyana, Narciso Reinaldo Amador Socorro and relatives of the victims of the Cubana Air Disaster at a simple ceremony to mark the 44th anniversary of the tragedy at the monument site at the University of Guyana’s Turkeyen Campus.

Ministers and other officials including Minister of Foreign Affairs, Hon Hugh Todd; Minister of Culture, Youth and Sport, Hon. Charles Ramson Jr; Honourary Consul to Barbados, Captain Gerald Gouveia also attended the annual wreath-laying ceremony in honour of the victims. Mr. Jeffrey Thomas, a relative of one of the decedents also attended the memorial.

Forty-four years ago, today, Cubana de Aviacion Flight 455, a Douglas DC-8 aircraft, was brought down by a terrorist bomb attack killing all 73 passengers and crew on board.

The aircraft left Guyana on a flight path to Trinidad, then to Barbados, from Barbados to Jamaica and from Kingston to Havana, Cuba. Nine minutes after take-off from Barbados, the aircraft exploded and crashed into the Atlantic Ocean. 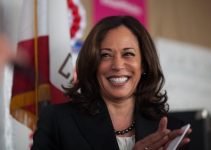 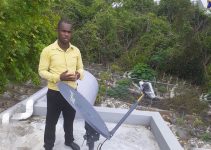