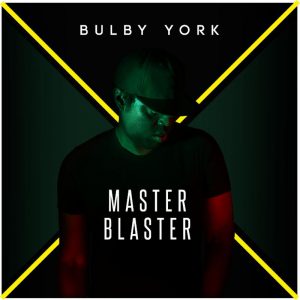 “Hands Up!” is a militaristic hip hop-flavored account of the war in the streets between police and the people, as told by hip hop/reggae/soul fusion group CornaStonaz. The dancehall blazer “Katch-A-Fire” features singer Anthony Red Rose and deejay Lexxus going verse for verse. “Can’t Dweet Like We” finds worl’ boss Vybz Kartel slicing and dicing the riddim with his trademark lyrical daggers, while D.C-based Ethiopian rapper LoLa Monroe serves up some heat of her own. Rounding out the song is singer-songwriter Candy Gloster, who lends her vocals for the catchy hook.

The album’s only previously released record, “Cherry Oh Baby,” features Busy Signal and Patrice Roberts delivering a lively version of Eric Donaldson’s celebrated tune that has been covered by the likes of the Rolling Stones and UB40. Bulby recruited Chevaughn to voice “Music and Weed,” an addictive sing-along that the producer picked up from the C2W (Caribbean 2 World) songwriting camp in Jamaica. “Never Bow” is a triumphant Nyabinghi chant that features the late great Joseph “Culture” Hill and Leego backed by Grammy-nominated band Raging Fyah to add some musical texture. Next up is “Shoot the Moon,” another dancehall track that features the girl x boy combo of Bajan singer Ch’an and dancehall stalwart Mad Cobra. Closing out the album is the unexpected “Kundalini” which features a dramatic piano-driven music bed accompanying a spoken word poem written and performed with heartfelt emotion by inspirational speaker Danielle LaPorte.

“With this album, we are selling vibe, not just music,” explains Bulby. “I wanted something spiritual to highlight the album, so I reached out to Danielle for a poem. She is my friend and also one of Oprah Winfrey’s Super Soul 100 Leaders,” a group that in Oprah’s words “is uniquely connecting the world together with a spiritual energy that matters.”

Master Blaster is the follow-up to Bulby’s 2016 debut album Epic & Ting (VP Records). The prolific engineer and producer is best known for producing pillars of reggae music like Beenie Man’s “Stop Live in a de Pass” and Yami Bolo’s “Weapon of Destruction,” and has also handled live and studio engineer duties for A-list artists like Chaka Khan, Madonna, and Jimmy Cliff, among many others. York is currently manning the FOH boards on tour with Michael Franti & Spearhead. The tour leg finishes up this Friday at Jazz Aspen Snowmass.