Puerto Rico has revealed that Hurricane Maria killed 1,427 people and not 64 as it has previously reported.

The latest figure was in a report to US Congress seeking billions to help the island recover from the devastating storm which struck the island in September 2017.

Some experts estimate that some more than 45-hundred people lost their lives, but the official figure of 64 has remained unchanged since late last year.

A government spokesperson acknowledged the latest number as a “realistic estimate” but said the death toll had not been officially changed, because the authorities were awaiting the results of a study by George Washington University.

The New York Times was first to report that Puerto Rican authorities had discreetly accepted the revised estimate. 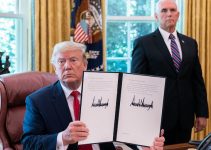