Chairman of the Caribbean Community (CARICOM) and Prime Minister of Barbados Mia Mottleyon Friday said the community expects that the upcoming national recount of Guyana’s March 2, 2020, General and Regional Elections, should be completed promptly and must be transparent and credible.

The CARICOM Chairman, made the appeal, as a three-member high-level team is scheduled to arrive today to scrutinise the process.

The CARICOM team will be led by Cynthia Barrow-Giles, Senior Lecturer in the Department of Government at the University of the West Indies (UWI), and will include John Jarvis, Commissioner of the Antigua and Barbuda Electoral Commission and Sylvester King, Deputy Supervisor of Elections of St. Vincent and the Grenadines.

Barrow-Giles, PM Mottley said was a member of the team which came to Guyana in March to participate in a scheduled recount, which was subsequently aborted. She said the other members of that initial team are unavailable for the current mission.

Both Jarvis and King had participated in the CARICOM Electoral Observer Mission for the Elections for the March 2 polls.

With the CARICOM team in place, The Guyana Elections Commission (GECOM) is now set to announce a commencement date for the recount. The Order for the recount will also be gazetted and published.

The national recount will take place at the Arthur Chung Conference Centre Lillendal and will see an 11-hour shift system being utilised.

The process is expected to commence at 8 am and completed at 7pm each day, including holidays.

Observing the guidelines of the National COVID-19 Task Force (NCTF), GECOM expects that the process will run unhindered. 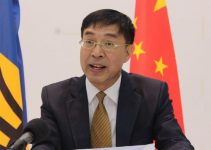