The Ministry of Health, on behalf of the Government of Guyana, hereby expresses unreserved gratitude to the Government of Suriname for the smooth and successful repatriation of 49 Guyanese citizens to their homeland on September 21, 2020.

Most of these Guyanese citizens had been in neighbouring Suriname prior to March 2020, and following the implementation of Covid-19 guidelines at all ports of entry into Guyana and exit from Suriname, were unable to travel.

Since Suriname does not administer polymerase chain reaction (PCR) testing to persons without symptoms of the Covid-19 disease, the batch of Guyanese could not fulfill all the requirements for re-entry, as a negative Covid-19 PCR test, not less than seven days old, is a requirement for Immigration authorities to allow entry for passengers into Guyana.

When the President of Suriname, His Excellency Chandrikapersad Santokhi, visited Guyana in August 2020 for the inauguration of Dr. Irfaan Ali as Guyana’s newly elected President, both leaders committed to strengthening the bond between the two countries. Mr. Santokhi was a special guest at the inauguration ceremony.

During the discussions between the two Heads of State, the matter of the group of Guyanese remaining in Suriname for several months was raised by His Excellency Dr. Ali, and Mr. Santokhi readily committed to his Government’s conduct of the PCR testing to facilitate the return travel of the Guyanese citizens.

With the further assistance of Guyana’s Ambassador to Suriname, Mr. Keith George and staff of the Guyana Embassy in Paramaribo, all 49 persons were tested and the MB Sandaka Ferry was dispatched to transport the batch of Guyanese back to their homeland.

The Minister of Health Hon. Dr. Frank Anthony and the entire Ministry of Health convey their gratitude to the Government and people of Suriname for all the assistance and hospitality afforded to the group of Guyanese while they were staying in Suriname. As an added precaution, and in keeping with the Ministry of Health’s Covid-19 protocols, they will all be placed on a one-week self-quarantine. 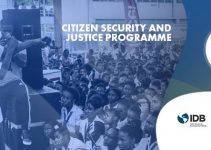