Jamaica has recorded another six confirmed COVID-19 cases as at Tuesday (June 9). The total number of confirmed cases
is now up to 605.

The new cases, who range in age from 24 to 54 years, are comprised of five females and one male. Two of them have addresses in St. Elizabeth while the others have addresses in Manchester, St. James, Portland, and St. Catherine.

They bring to 104 the number of imported cases. In addition, there are 218 contacts of confirmed cases; 27 local transmission cases not epidemiologically linked; 236 related to a workplace cluster; and 20 under investigation.

They range in age from 2 months to 87 years. 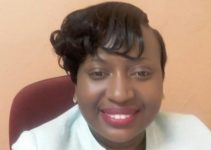