Deputy Commissioner of Police, Mr. Milton Desir, urged offenders to discontinue the practice. He also called on the public to report any illegal entrants to the country after police, on Nov. 27, intercepted two vessels attempting to enter the country illegally.

“In two separate joint operations, the Marine Unit and the Territorial Police, we were able to intercept two vessels coming in from Martinique. In both of those vessels there were four persons onboard. The occupants were arrested and the vessels impounded.

“There have also been instances where at least 15 persons have been found in bars that are closed from the front, but persons are inside carrying out activities. As part of the protocols, bars were only supposed to open until 4 p.m.; while the closing time for bars with grocery shops or restaurants was 9 p.m. But we have had instances where at 11:45 p.m., police have had to close bars,” Mr. Desir said. In instances where a number of warnings had been issued, businesses were shut down and the responsible party arrested.

Over 500 applicants responded to the offer of employment for wardens. The deputy Police Commissioner said the recruits will first undergo training.

“We expect the initial training period to be at least a week. The new recruits will be paired with senior officers during patrols so that they can become acquainted with patrol procedures and what is required of them,” he said.

The Royal Saint Lucia Police Force remains committed to ensuring compliance with the laws of Saint Lucia and all stipulated protocols to prevent the spread of COVID-19. 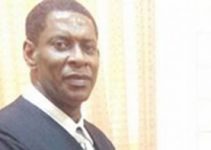