Former Prime Minister, Portia Simpson-Miller & Grace Group CEO, Don Wehby, lead a notable list of persons to be honoured by Team Jamaica Bickle (TJB) at its 25th anniversary reception to be held April 1, 2019 (6:30 pm-9:30 pm) at the Jamaica Pegasus Hotel in Kingston, under the distinguished patronage of the Governor General Of Jamaica, His Excellency, The Most Hon. Sir Patrick Allen.

The evening dubbed, “Celebrating Volunteerism, Heralding Excellence,” will recognize those whose lives have positively impacted others and, who through their actions have brought about change. Rounding out the list of  honourees are; Dr. Walton Small, ISSA President; Ali McNab former Sportscaster and (now), Special Advisor, Ministry of Culture, Gender, Entertainment & Sport; Sekou Clarke, Immigration Attorney and Trishana McGowan, Sports Analyst and former athlete.

Portia Lucretia Simpson Miller O.N., M.P., is heralded as a standard bearer for women. She became Jamaica’s seventh Prime Minister in March 2006 and was conferred with the Order of the Nation in May 2006. Mrs. Simpson Miller’s ascension to Jamaica’s highest political office came after having served for 17 years as a Cabinet Minister. Her distinguished record of service at the regional and international levels deserves much acclaim.

Don Wehby, rose to prominence in the Grace Kennedy Group, serving in various capacities within the organization before being appointed Group CEO in 2011. His extensive professional background spans both the private and public sectors where he continues to hold various leadership positions.  He has served as Government Senator, and Minister without Portfolio in the Ministry of Finance and the Public Service and on numerous boards including, Food for the Poor. He is currently New Zealand’s Honorary Consul to Jamaica, following his appointment in September 2015.

These are examples of leadership and service that TJB seeks to highlight and celebrate as it marks its own. TJB’s milestone of 25 years of unbroken service to Caribbean athletes at the Penn Relays is a noteworthy achievement. Staging a celebratory reception in Jamaica is a moment pride for the organization.

In 1994 the organization started its hospitality services to cater to the basic needs of athletes from Jamaica participating at the relays, expanding to include other Caribbean Nationals in subsequent years. As the number grew through the years, the contingent of athletes and administrative staff has surpassed over 600 at its peak with groups coming from Trinidad & Tobago, Guyana and St. Vincent & The Grenadines, The USA, among others.

CEO and Founder Irwine Clare Snr., expressed his gratitude, sense of pride and humility that he felt with this accomplishment.  “Who would have thought? 25 years ago, the idea was just to help out a situation, no thought of the magnitude and impact that would materialize to where we are today. It was always about the athlete’s welfare and, it’s still about the athlete’s welfare. With the help of our corps of volunteers, partners and stake holders we continue to “raise the bar.” A special thank you to the parents of our ambassadors, who have granted us the privilege to be hosts.”

2019 is a banner year with a trifecta of events: the 125th year of the Penn Relays; the 55th year of Jamaica’s participation and TJB’s 25th year at the relays. Several events are being staged to mark these occasions. This capstone commemorative event which is being held on home soil is meant to “bridge the distance and successes over the many years.” This special evening is sponsored by the Victoria Mutual Group and PROVEN Wealth Limited. 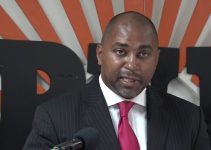