VP Records has partnered with Brooklyn based fitness organization FITBK™/FITQB to launch Soca Gold Fitness 2019 right in time for the upcoming release of Soca Gold 2019, out Friday June 21st. The launch will also be celebrated with Soca Gold Live from Usain Bolt’s Tracks and Records in Montego Bay on Saturday, June 29th, 2019.

Soca Gold 2019 will feature only the best soca songs of the season, including work from international artists that represent the best of the Caribbean (including Trinidad, St. Lucia, St. Vincent, Grenada and more). Some of the songs featured in this years compilation include “Come Inside” by Sean Caruth, “Sweet Woman” by Tony Prescott, “Issa Snack” by Nessa Preppy, “Savannah Grass” by Kes and many more. The two-disc CD set includes 17 tracks on Disc 1 and a Soca Gold 2019 Mega-Mix by Team Soca- DJ Spice on Disc 2.

To celebrate the release, the label will host their third installment in the VP Live Series with Soca Gold Live on June 29th, live from Usain Bolt’s Tracks and Records in Montego Bay Jamaica. Previous multimedia showcases included Strictly The Best Live in January 2019 and most recently Christopher Martin’s live album showcase for his new album “And Then” on May 3rd. Like its predecessors, Soca Gold Live (presented by RJR Gleaner Group) will be streamed live on VP Records YouTube page, air on top Jamaica TV station RETV, heard on radio stations globally and broadcasted later on TVJ. Additionally, a watch party in New York will be held the same day and time at the Maracas venue in Queens. More details to be announced soon.

VP Records has created a festivity that is sure to take over the Brooklyn and Queens area with the help of FITBK™ (a NYC based health and fitness initiative inspired by international and Caribbean music), After the project launch, FITBK™ will host multiple themed events as part of their Coney Island Soca Explosion (held on consecutive Saturdays in July and August) beginning July 27th. See video of dance class here:

“For the past 6 years, soca music has brought people from all backgrounds to our fitness classes, and this unique partnership with VP records and the co-branding with Soca Gold 2019 is the perfect marriage to take both entities to a new level of entertainment,” said FITBK™  co-founder Fuljens Henry. 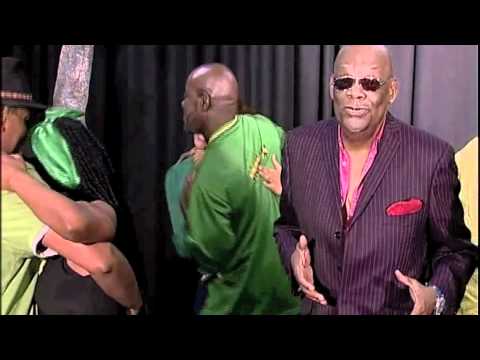