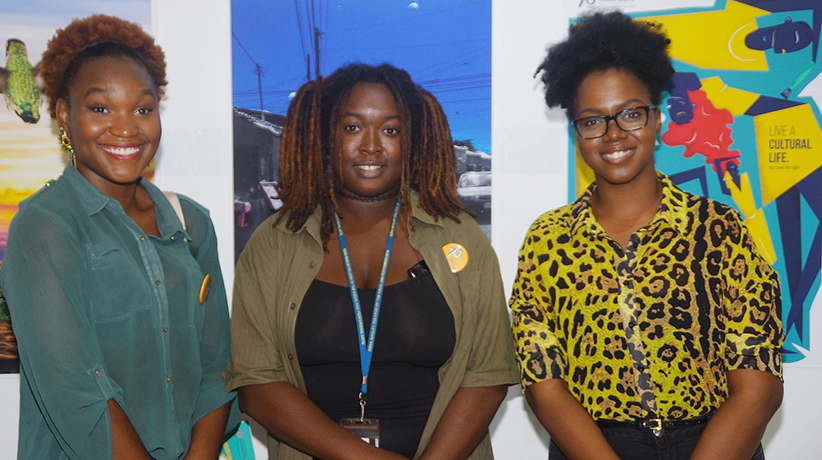 Three students of the Edna Manley College of the Visual and Performing Arts won 1800 USD in cash prizes as the top three winners in the Art for Human Rights visual art competition in commemoration of the 70th anniversary of the adoption of the Universal Declaration of Human Rights.

The three were awarded at the special Art for Human Rights event on Human Rights Day, 10 December supported by the UN Jamaica, European Union Delegation to Jamaica, Ministry of Foreign Affairs and Foreign Trade and the Edna Manley College of the Visual and Performing Arts.

The three were assessed as having the best depiction of the Articles in the Universal Declaration.

Approximately 30 art pieces entered into the competition will be on show at the College’s Cage Gallery until January 2019, followed by a nationwide tour in the first quarter of 2019.

The Universal Declaration is a milestone document in the history of human rights. Drafted by representatives with different legal and cultural backgrounds from all regions of the world, the Declaration was proclaimed by the United Nations General Assembly in Paris on 10 December 1948 (General Assembly resolution 217 A) as a common standard of achievements for all peoples and all nations. It sets out, for the first time, fundamental human rights to be universally protected and it has been translated into over 500 languages.