Trinidad and Tobago’s Prime Minister Keith Rowley took to the 75th Session of the United Nations General Assembly on Saturday.

He discussed the impact of COVID-19 on Small Island Developing States (SIDS), sustainable development, climate change, gender equity and equality, while commending the leadership of the World Health Organization in efforts to treat the outbreak.

The leader devoted a part of his address to calling for a lifting of the US Blockade on Cuba, highlighting Cuba’s international medical cooperation at this time.

“It is on this note that we maintain that the economic, commercial and financial embargo imposed against Cuba, undermines the country’s potential to achieve sustainable development. To this end, Trinidad and Tobago reiterates its call for the unconditional lifting of the economic, commercial and financial embargo against Cuba.”

H.E. Keith Rowley, Prime Minister of the Republic of #TrinidadandTobago, addressed the general debate of the 75th Session of the General Assembly of the #UN today.

Watch his full statement at: https://t.co/TNaqyYwUDV@OPM_TT

“We have noted that despite the blockade, the Government of Cuba has demonstrated the true spirit of multilateralism by providing health care personnel to assist countries in different regions of the world in their fight against COVID-19. We commend and thank the Government and People of Cuba for this humanitarian gesture.”

Prime Minister Rowley also reiterated his government’s position before the Assembly as a promoter of peace in the region, and voiced his support for the parliamentary elections set to take place in Venezuela on December 6th.

“In furtherance of this same spirit we ask the Member nations of the UN to continue to support the CARICOM initiatives, encouraged by Norway and Barbados, to bring all elements in Venezuela to accept dialogue and human rights as their guiding lights as we look forward to fair and peaceful elections there in the near future and trust that a satisfactory outcome would lead to a resumption of normalcy in our Caribbean shores as we all aspire together to achieve together in this region.”

The Prime Minister also made a call for debt relief for Trinidad and Tobago and other middle income countries in the region, “In this regard, the United Nations Economic Commission for Latin America and the Caribbean (ECLAC), has cautioned that a debt crisis is looming for the economies of the Latin American and Caribbean sub-region, which will compound their high debt to GDP and debt service ratios. Despite the middle and upper-income status of many economies in the region, a strong case exists that these countries are deserving of special consideration for debt relief.”

“We strongly urge the international community to assist with the financial support needed by developing countries, including middle-income countries like Trinidad and Tobago, to meet their development commitments.” 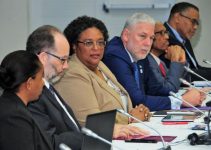 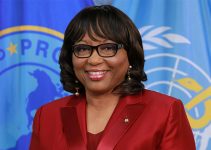