A 58 year old Trinidadian man who paid a woman for sexual favours ended up dying in the act.

Reports out of that country is that the man died over the weekend after taking a concoction of sexual enhancement pills, alcohol and energy drinks and then engaging in what the local press is calling “vicious s*x.”

The incident which occurred in Chase Village area saw police being called to the man’s house after neighbors heard loud screams from inside. When they entered, the police saw that the man and woman had “vicious sex” in the home, according to the Trinidad Express.

And the man, a local mechanic – was nude and unresponsive on the bed.

The woman informed the police that she noticed the man stopped moving on top of her, trapping her beneath him.

At first, she was of the assumption that he had passed out due to his drunken state but later realized he was not breathing. It was at this point she called out for help, police say. 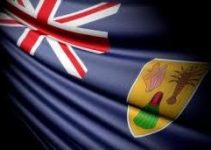