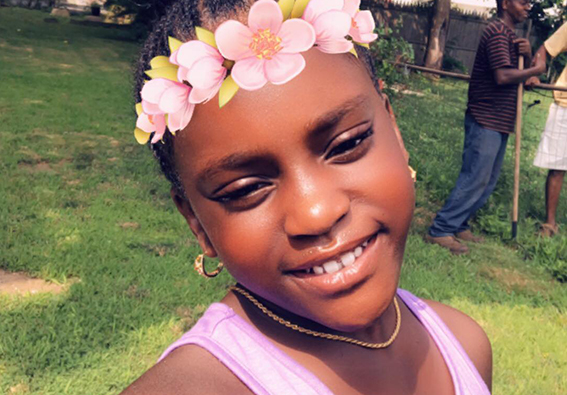 ‘A child shall lead them’ is the expression that can best describe the efforts of 10 year old Nasshard Thompson who lives with her mother in Bridgeport, Connecticut and who has been involved in charity since she was seven years old.

Thompson who seems mature beyond her years shared with The Caribbean Globe that she was drawn into charity at age seven after observing the callous way street people were treated.

“I noticed how they walked past their outstretched hands without looking at them and that made me sad,” she said.

That sadness led to her deciding to do something about it. That ‘something’ turned out to be the Nasshard Thompson Charity while attending the PS40 school in Queens, New York.

“It’s a non-profit organization where I work single handed with the help of my mom and a few of her customers and friends,” she informed.

Since its formation Nasshard has been championing causes and has now focused her attention on projects in Bridgeport where her mother moved to.

Her latest venture is a partnership with the Free Town Church of God of Prophecy Outreach Foundation in Clarendon, Jamaica where she is steering a toy drive for the foundation.

With her greatest inspiration being her mother Nashon Chambers Thompson, she said she is following in her footsteps as her mother is hardworking, kind and love to pray for others.

“She is always giving and loves to take care of people.”

As for her mother, she couldn’t be more proud of her daughter’s efforts.

“From she was in the womb, I knew she was going to be special,” her mother said.

Those interested in assisting Nasshard in the toy drive can drop them off at her mother’s boutique – Lovely’s Boutique and Beauty Supply located at 2056 Main Street, Bridgeport, Connecticut.