Barbados has received much needed arsenal in its fight against mosquito borne illnesses.

An insectary is a functioning laboratory, which rears, cultivates, analyses and performs research on the local mosquito population from larvae to adults.

Lt. Col. Bostic told those gathered at the handing over ceremony that it would help to provide “a more evidence-based approach to mosquito control in Barbados”.

“Given the need to continue to strengthen the vector control programme when assistance was offered by the ZAP Project, Barbados seized the opportunity.  Under this programme, our capacity will be enhanced in the areas of identification of mosquito species; understanding mosquito breeding habits; testing of biological mosquito controls; and developing insecticide resistance protocols.

“Mosquito control is important to us in the Ministry of Health & Wellness, and we are committed to the use of the Integrated Vector Management Framework, which requires evidence for rational decision making, and favours optimal use of resources for sustainable action,” he stated.

The Health Minister said while the aim of the ZAP programme was to control the mosquitoes responsible for transmitting the Zika virus, the added benefit for Barbados would be the control of other mosquito borne illnesses, such as dengue and chikungunya, since all three diseases were spread by the Aedes aegypti mosquito.

He pointed out that there were over 2,000 notified cases of Chikungunya in Barbados back in 2014 – 139 of which were laboratory confirmed.  Two persons died as a result of the disease.  This was followed by the first confirmed cases of the Zika virus in 2015. 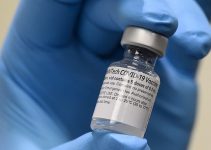