Is this for real? Well it must be cause a sneak peek was shared of an interview that will be aired today, Monday, September 21 where Vanessa Bryant widow of basketball great Kobe, mother that she has been kicked out of the house.

Back in February when Kobe died in the tragic helicopter crash Vanessa’s mom Sofia Laine moved in with her and according to reports had been a tower of strength for the grieving widow who, not only lost her husband, but her 13-year-old daughter as well.

Laine sat down for an interview with Univision that is set to air in its entirety on Monday. A preview clip, which is only in Spanish, was shared on social media. According to Erika Marie of Hot New Hip Hop, a teary-eyed Laine claims in the interview that her daughter has kicked her out of the Bryant home and demanded that she return a car Vanessa had given to her.

Vanessa has been sorting through several legal issues since Kobe and Gianna died in a helicopter crash back in January. She is seeking a large sum of money in a wrongful death lawsuit. 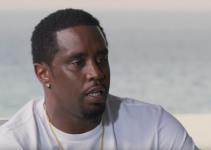