For Record Store Day 2020, VP and Greensleeves bring out long sought and unreleased material spanning the 70s through the 2000s, highlighting reggae’s cache as one of the most popular genres collected on vinyl. Due to the Covid-19 pandemic, Record Store Day 2020 has been rescheduled from April 2020 to three dates, including August 29, September 26, October 24, and November 27.

On the first Record Store Day, VP Record Store in NY will have DJ JonnyGo Figure spinning from 12pm-2pm, at the Miramar, FL location will feature an appearance by international artist Ed Robinson and S.D.S. Both locations will require masks for entry and enforce social distancing.

A Slate of Big Vinyl Releases:

Earth Feel It is a dream for collectors of 7-inch 45 rpm singles, a beautifully packaged, 7X7-inch vinyl box set of deep cuts, rarities, and previously unreleased recordings from Fatis Burrell’s iconic reggae and dancehall label Xterminator. The collection, which spans 1993-2009, was drawn in part from XTM.Nation’s two-volume digital releases, Fatis Tapes In The Oven Vols. 1 & 2; from unissued recordings in the VP Records archives; and also includes several deep cuts not previously available on the 7-inch format.

The title is taken from the topical track “Earth Feel It” by Chezidek and also features Dennis Brown’s rare 1990s remake of his Studio One hit “No Man Is An Island,” Marcia Griffith’s deep roots burner “Jah Is,” Luciano’s heartful adaptation of eden ahbez’s “Nature Boy,” Beres Hammond’s “What A Gwan” (from Full Attention); plus tracks from Sizzla (“Hail Selassie” and “Distance Away”), Turbulence (“You Never Been There” and “True Story”), Nadine Sutherland (“Don’t Throw Pearls”), Gott-Yo (“Jah Protect Me”), and Singing Cologne (“Do Some Good”). While five of the seven singles are double A-sides, two feature signature Xterminator / Firehouse Crew dub mixes.

This set was compiled by vinyl specialist DJ Carter Van Pelt, curator of VP’s acclaimed Down In Jamaica 40-year retrospective box set, released in 2019. The deluxe album package was hand illustrated by Costantinos Pissourios and includes a 14-inch by 14-inch poster of the original cover art, plus liner notes.

For the followers of 1970s reggae, the sound of producer Lee Perry’s Black Ark studio is well known. The connection to the history of dub and remix is one of enormous influence. Black Ark In Dub and Black Ark Volume 2 are two pieces from the master producer’s seemingly limitless musical puzzle. The albums were originally issued by Lee Perry’s wife and co-producer/collaborator Pauline “Aisha” Morrison and see their first reissue in more than two decades for Record Store Day 2020.

As a bonus, a special RSD issue of “Guidance” by the Black Ark Players will satisfy singles collectors and sound system enthusiasts. The one-sided 12-inch single features the audio on a regular black vinyl side and a picture disc on the flip showing an unpublished image of the Black Ark’s famous graffiti wall in its final days.

Clint Eastwood and General Saint’s 1983 remake of “Stop That Train” for Greensleeves was a breakthrough success for the emcee duo and for the classic Jamaican song they covered, landing them a coveted television appearance on the Dutch program TopPop and a number 4 spot on the Netherlands pop charts.

For the Record Store Day UK 2020 pressing, “Stop That Train” is paired with “Talk About Run,” an Eastwood and Saint toast to Johnny Osbourne’s hit “Ice Cream Love,” produced by Henry Junjo Lawes. Greensleeves released the duo’s only two LPs, Two Bad D.J. in 1981 and Stop That Train in 1983.

The Record Store Day single is pressed on ghost-glo vinyl, with all new original artwork from Tony McDermott, including a poster and fold-out board game.

VP Records has been both an official and unofficial Record Store Day participant through its retail outlets in Jamaica, Queens and Miramar, Florida since 2008.

Record Store Day is an annual event inaugurated in 2008 and held on one Saturday every April and every Black Friday in November to celebrate the culture of the independently owned record store. The day brings together fans, artists, and thousands of independent record stores across the world. Hundreds of titles are pressed specifically for Record Store Day and are only distributed to shops participating in Record Store Day. The event began in the United States and remains headquartered there. Record Store Day has official international organizers in the United Kingdom, Ireland, France, Germany, The Netherlands, Denmark, Italy, Japan, Mexico, Australia, Spain, and Poland.

According to Discogs.com, the world’s largest user-generated database of recorded music, the reggae genre accounts for 2.7 percent of the site’s 12.2 million published recordings, or 333,000 releases in various forms, ranking 10th among all genres of music.

VP Records moved into its current flagship retail location at 170-21 Jamaica Avenue in Queens, New York in 1980. The building was purchased from the owners of Raymar Sales, which had been the oldest one stop (record distributor) in the US, dating to the early 1930s. VP’s history as a record store and music distributor is key to the growth of reggae music in New York and around the globe. The company was launched by Vincent and Patricia Chin as Randy’s Record Mart in Kingston, Jamaica in 1958, and grew to become the world’s largest reggae label and one of the world’s largest independent record labels.– VP also operates a store in Miramar, Florida. 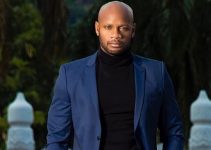