A lengthy gun battle between members of the security forces and gunmen in parish of St James in Jamaica on Wednesday led to the death of two men wanted by the authorities for various crimes. A suspect was also captured, and two firearms recovered.

Reports are that shortly after 10am, a joint police/military team was in the Mud Valley area, where they came upon a group of armed men. The gunmen were accosted and they reportedly responded by opening fire at the security team.

After an extended gun battle in which three of the men, including Kerr and Smart, were shot, two illegal firearms were seized.

Kerr and Smart were pronounced dead at hospital, while the other man who was shot has been hospitalised under police guard.

The other men managed to escape, the police reported.

The police further reported that Kerr especially, was heavily on their radar for a number of shootings, including three over recent days, one of which involved a police team.

Following the development, commanding officer for the St James Police Division, Superintendent Vernon Ellis, in an interview, sent a clear message to criminal elements across the parish.

“I am pleading to the family members who have some level of control over those involved in crime and those wanted by the police, to assist. To the mothers and girlfriends, it is better to visit them in jail than to never see them again,” added the senior lawman.

Ellis also had reassuring words for the law-abiding citizens of the parish.
“To the citizens of St James who have helped us to realise a significant reduction in crime, we say kudos to you. When it comes to people who love the police, St James is one of the best parishes for true community-based policing,” he stated.

“The security forces are motivated by the downward shift in crime and we will push even harder to see to it that normalcy in its true sense is restored. We came over in 2020 with a very high operational tempo, one which saw us recovering the most weapons nationally. Year-to-date, we are still leading the country with the highest recovery rate, resulting from the numerous intelligence-driven operations.

“We intend to turn up the throttle a bit to finish off the first quarter in fine style,” he added.

“To our partners and stakeholders, many thanks for your support, as without you we could not see this type of reduction in crime,” concluded Ellis. 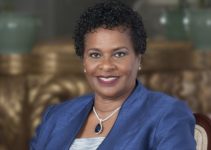 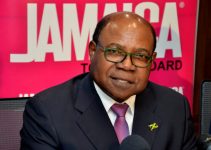