Andre Russell put to rest any lingering fears over his fitness with an exhilarating Man-of-the-Match performance as West Indies swept their Twenty20 International series with a convincing seven-wicket victory over Sri Lanka in the second match here yesterday.

Asked to chase a modest 156 at the Pallekele International Cricket Stadium, West Indies stormed to their target with three overs to spare, to also send a stern warning to rivals ahead of this year’s T20 World Cup in Australia.

While Shimron Hetmyer stroked a measured 43 off 42 balls and opener Brandon King dazzled with 43 off 21 balls, it was Russell who really grabbed the attention with stunning 14-ball unbeaten 40 which took the World champions over the line.

The 31-year-old traded only in sixes, crunching half-dozen of them, and coming on the heels of a similar effort in the opening match on Wednesday when he slammed a 14-ball 35, the effort was enough to earn him Man-of-the-Series honours.

Prior to the series, the Jamaican had not featured in a single T20 International in nearly two years and after hobbling out of last year’s 50-over World Cup after just four matches with a bad knee which required surgery, his international future appeared bleak.

There were no such concerns, however, as he eviscerated the Sri Lankan attack to hand West Indies their first T20 series win in their last six tours.

Russell arrived at the crease in the 13th over when Rovman Powell holed out to a stunning catch on the deep backward square boundary by Shehan Jayasuriya off seamer Dasun Shanaka, and quickly dominated an unbroken 55-run, fourth wicket stand with Hetmyer off just 26 deliveries.

He took a single from the first ball he faced but then bludgeoned leg-side sixes off the next two balls he faced at the end of the 14th over from pacer Lahiru Kumara.

Hetmyer, who struck just three fours, was then reduced to the role of spectator as Russell belted sixes in every over. His final one – a cracking pull over mid-wicket of medium pacer Angelo Mathews – sealed West Indies’ win in style.
A disjointed batting performance had earlier left Sri Lanka with a disappointing 155 for six after they were sent in, with Shanaka top-scoring with an unbeaten 31 off 24 balls batting at number six.

Mathews chipped in with 23 and Thisara Perera, 21 not out, but the hosts struggled with momentum throughout their innings and also failed to find acceleration at the back end.
West Indies were clinical up front, fast bowler Oshane Thomas bowling Avishka Fernando for nine in the third over with 16 on the board, and left-arm spinner Fabian Allen (2-24) – who shared the new ball – removing Jayasuriya (16) and Kusal Perera (15) in successive deliveries in the seventh over with the score on 48.

Mathews and Kusal Mendis (11) attempted a rebuild with a 33-run fourth wicket stand and when both fell within 15 balls of each other as three wickets went down for 28 runs, Shanaka struck three fours and a six in a 46-run, unbroken seventh wicket stand with Thisara Perera, to bolster the innings.

In reply, the Windies lost Lendl Simmons cheaply for nine in the third over with the score on 23 but an unusually restrained Hetmyer put on 46 for the second wicket with King and a further 34 for the third wicket with Powell to ensure there was no implosion.

King counted half-dozen fours and a couple of sixes before top-edging a short one from Kumara in the eighth over and after Powell also perished, Russell took charge. 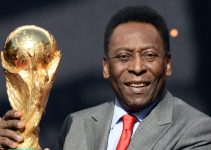 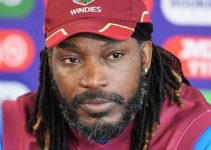 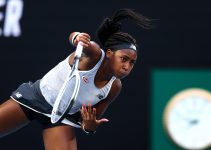