Twenty-one-year-old windscreen wiper, Carlton Williams, could hardly contain his joy and pride as he gathered with his peers for his very first graduation ceremony.

“A first me a graduate from me know myself. Mi nuh know myself a graduate not even from basic school. Mi feel boasy,” he beams to JIS News.

“A first mi look so nice,” he adds as he admired himself in his graduating gown.

“A true; a first mi look so good in a long while,” one of his colleagues playfully chimes in.

Williams and 13 others from communities in Kingston had successfully completed the three-week ‘Windscreen Wipers Intervention Initiative’, where they were exposed to courses in civics, conflict management, family life management and career development.

The Windscreen Wipers Intervention Initiative is focused on training and mentoring unattached young men engaged in wiping windscreens across the Corporate Area.

The programme provides participants with the necessary skills, behaviour and attitude to promote their personal growth and development.

The trainees will continue in a programme at the HEART Trust/NTA, which will help them to matriculate to a skill area of choice.

Last Friday (November1) the jubilant group of young men participated in a gradation exercise at Garmex HEART Academy on Marcus Garvey Drive, where they performed a well-received song called “Boasy”.

Williams said that graduating from the programme was one of the proudest moments in his life.

The Majesty Gardens resident, who is an aspiring Reggae artiste, says he will be using the course as a launching pad to go after his dream.

He says he plans to pursue tourism and hospitality or electrical installation at HEART and then get a job until his music career kicks off, hopefully in the next five years.

“It’s really tough, but through the storm there is always a calm, so mi just have to work and never give up on my dreams,” Williams adds. 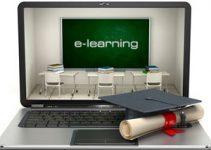 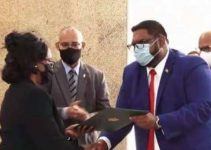